What a great thought……

I’m not sure who is the originator of the phrase  “You impress people from afar, but you impact them up close”, but it’s conviting. I want to spend time thinking through what does that mean for me and how do I express that in my behaviour.  What I do know there is a cost and if I am honest, I am not always willing to pay that.

What a joy to ride Mike’s bike around Keilder Water yesterday. Its a 26 mile track which is a little harder than it looks. I stopped at the point in the photo and had a few moments thinking of Mike and how he enjoyed Keilder Water as a small child when we would bring the caravan for a week. What a privilege for me to now use his mountain bike and enjoy an awesome few hours out by myself enjoying the countryside.It makes me realise that whilst God’s people are buried, God’s work carries on. One person put it this way, “God buries His Workman but His work carries on”. Mike and I so enjoyed our rides in the hills and I know he would be so happy that I use his bike and continue to get out.At the end of that ride I had lost another 3.2lbs bringing the total to 23.2lbs in 10 weeks. Another 57 to go in 26 weeks. So I am right on target!

When do you learn to sail in a storm?

Whilst walking along Derwent Water with my brother and his wife, I said, “That wind must be at least a force 3”. There were white caps coming up and it was blowing a gale. They both said “no, that has to be a force 6”. Although I have been at sea for many years, I have never had to navigate, that has always been the captains job. In reality I know very little about navigation. Chris and Sal have not only sailed but studied and taken exams, in other words they would be prepared for a storm at sea.

We all sail through life, but are we prepared for a storm in life? Would we survive or would it consume us? How do we prepare for a “storm of life”? In all honesty I don’t know how to come up with an answer. What I experienced when my storm hit was based on relationship. I have for years built a relationship with Father God, family and some good friends. As Chris and Sal had invested in studying and learning about the sea, wind, boats, safety etc, I had invested in friendship with God and man. When the storm hit, I knew where to turn, I would say it was not my doing that got me through the storm, but those relationships. I wonder what others would say from their experience.

life storms, Loss of a son |

Times: Finish times are a guide only

Tickets: £5 plus a booking fee.

An international show based on the true story of a local boy’s journey of hope and the mystery of his unexplained death. It’s simple, it’s compelling… and it’s about you! Join us for an exciting night of entertainment featuring international artists and up-&-coming performers. Expect the unexpected!! It’s an evening you won’t want to miss!!

Bought to you by the Michael Knight Trust. www.michaelknighttrust.com

Stephen Baldwin: After starring in the double-Oscar winning film, “The Unusual Suspects”. Stephen Baldwin has since starred in many films; appeared on various TV shows such as: I’m a Celebrity… Get Me out of Here! (2009), and Celebrity Big Brother (2010); released his biography; and currently hosts a popular USA radio show. http://www.stephenbaldwin.com/

Dan & Suzie Potter: International illusionists, comedians, & theatre performers. Based in America, the Potters have preformed to thousands of people in over 60 countries. http://duzie.com/DUZIE.com/HOME.html

WriteWay: For years the London based WriteWay boys only knew violence and crime. Until they each radically flipped their lives around. This international group has taken Rap, R&B, HipHop, and Indie to another level! In 2011 their life story, “One Way”, was released as a short film and screened in various VUE cinemas across the UK. http://writeway-music.com

The Knights: An ordinary Carlisle family inspired by their son and brother to create the “Michael Knight Trust” and to share a simple story with you. www.michaelknighttrust.com

To book a ticket, go to http://www.thesandscentre.co.uk/search.html?ordering=0&searchphrase=all&searchword=mysterious 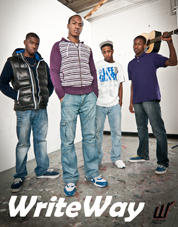 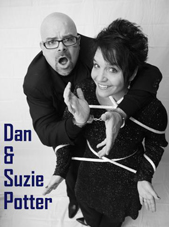 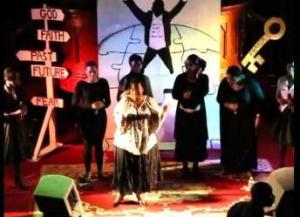 King David used the words “Rock, Fortress and Deliverer”, what words would I use?

King David lived a life that had seen much violence, pain, fear, treachery from family, fear for his life from those he thought loved him. He wrote many poems and penned for us his thoughts towards God. He says in 2 Samuel 22 :2 “The LORD is my rock and my fortress and my deliverer”. Over many years this had been his experience.

What are the 3 words I would use to say after 52 years to express who God is and has been to me? He is my……The more I sit and think about it, why reinvent the wheel! He is my Rock, that says it all, I move and shift, He does not. He is my fortress….wow the amount of times I have run to Him for help and know that He is there to protect me, even from my own emotion and self destruct! He is my deliverer….from a life without Christ and from eternal separation, from despair, anger and pain.

I wonder what 3 words you would use?

“I can go to him but he cannot return to me”

I was struck this morning by the words of King David when his servants asked him why he fasted when his son was sick but ate when he was dead. David said, “I can go to him but he cannot return to me”.

Life is about relationship. Last night I enjoyed a meal with Akila and Laura at a posh restaurant here in Carlisle which is very trendy with the young people. The girls are with me here in Carlisle, in a few months Laura is heading to South Africa for 6 months. Whilst they are not only alive but also in my neighbourhood, I want to keep creating great memories with them. Yes I can go and visit Mike at the grave side but he cannot return to me. I dont want dead relationships but I have to be proactive to keep them alive, even when the person is alive. But two people being alive is not sufficient for a great 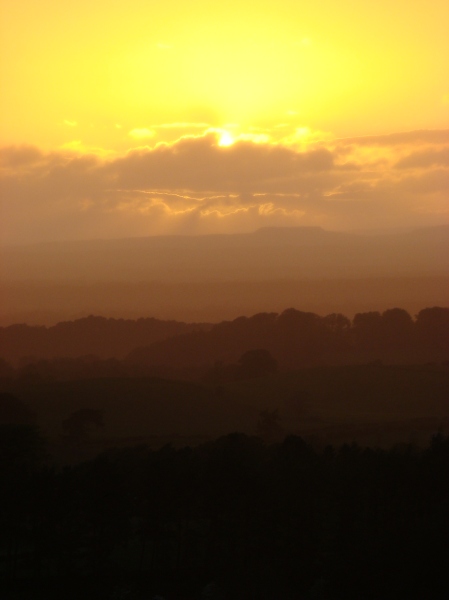 relationship, its what you do together, how much effort you put in that takes a relationship to another level.

Kathy and I are looking after a friends farm that has 9 holiday cottages, hence Kathy not with us last night. The farm is up on the Peninnes overlooking the whole of the Solway, and we watch every evening the sun going down and bringing Kath a G&T!. We also enjoy the spectacular vistas in the morning. My regular activity is to make an awesome breakfast so we can sit and enjoy the moment together.

So whats my point! I want to enjoy the moment whilst “He can return to me and I can go to him”

“I should of said that”, ” I shouldn’t of said that”……So often when we have to speak in public, in an asemby at school, a church or like me today on radio we wish we had either said or not said anything. Well you can listen for yourself this Saturday from 8-9pm on Premier Radio, on the web if you like on Nick Battles show, Men at Work me telling my story.