Logos, OM’s pioneering first ship, was purchased in 1970. Over a 17-year period, more than seven million visitors came to Logos during 250 ports of call in 102 countries. In 1988, Logos ran aground on rocks off Tierra del Fuego, Chile, in atrocious weather conditions. Though the ship could not be saved, not a single crewmember was lost, or even injured! 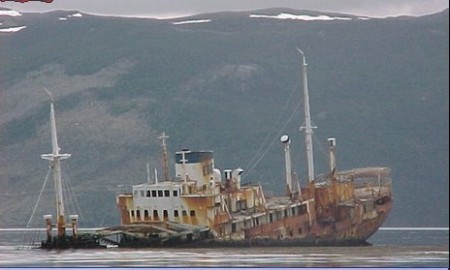 Doulos was purchased in 1977. Since then, over 20 million visitors have been welcomed on board for tours, programmes and visits to the floating book fair. With stops in over 500 ports of call, this unique ship has visited more than 100 countries in Africa, the Americas, Asia, Australia, Europe, the Middle East and many island nations. Constructed in 1914, Doulos is recognised in the Guinness Book of World Records as the world’s oldest active ocean-going passenger ship. 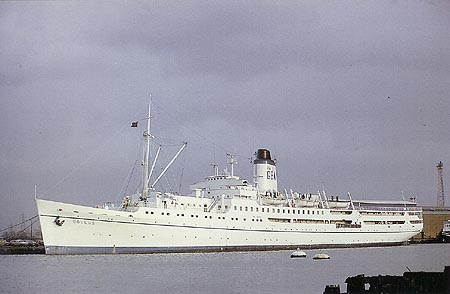 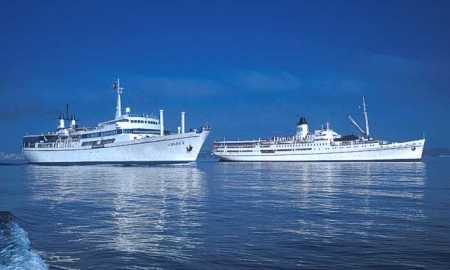 Logos II was purchased in 1988 and completed her service with OM Ships in July 2008. During her 20 years of service, over ten million visitors were welcomed on board for tours, programmes and visits to the floating book fair. With stops in over 300 ports of call, this unique ship visited 82 countries and territories, including Africa, the Americas, Europe, the Near East and many island nations.

Logos Hope was purchased in 2004. The ship’s gross tonnage is three times that of Logos II, the ship it will replace. The extra space will give visitors the opportunity to choose from a wider range of activities and will allow for more crewmembers to serve on board. When ready for service, Logos Hope will be OM Ships International’s largest ever ship. 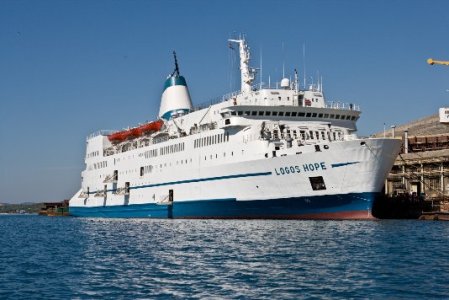 The ships remain in port for several weeks and open the gangways to hundreds and sometimes thousands of visitors each day. On average, more than one million visitors are welcomed on board every year! The floating book fairs offer 5,000 titles, providing many visitors their first-ever opportunity to purchase quality educational and Christian literature. Teams go from the ship into surrounding areas to supply aid and community care. In each port, the ship’s crew joins local churches to bring hope and show Gods love to people whatever their circumstance, culture or background.

One Response to Our Ships