Another day in the calendar that is in danger of being over shaddowed.

Our family calendar in August has now several dates that we mark and acknowledge. One of those is today. On August 17th 1988, in the Royal Brisbane Hospital, little Akila was born. When she popped out, she had so much hair, by the afternoon Kathy has a little ribbon in it!

For many years, like this year, Akila is never home on her actual birthday. She is on holiday in Holland with 100+ friends at a camp called MTO. Its one of the highlights of her year and she tells me she never wants to miss it. Both Mike and Laura said the same.

Now with her brother’s death anniversary on the 1st, his burial on the 12th, my birthday on the 23rd and her being gone on the 17th, there is a danger of us not celebrating well her birthday. I don’t want to let it be just one day among many, I want to stop, focus and take time to thank God for the day she was born, to look back at the past year and either be glad its over or think of the milestones of the year and celebrate, and then to pray for this coming year.

She will be leaving for Australia on the 28th for around 1 year. As she launches out, I am so grateful that she moved back in with us almost 20 months ago and we as a family had time to process Mikes death as individuals and as a family unit. Akila has done that well, she has also passed her Social degree, passed her driving test and strengthen family relationships.

Its been really fun, although that fun has been mixed with anxiety! to watch what God is doing in her life the past 20 months.

Love you heaps Akila, wish you were here, Happy Birthday. 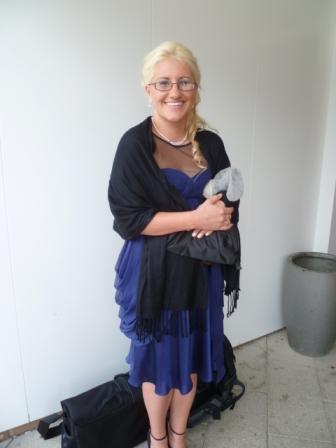 This entry was posted on Wednesday, August 17th, 2011 at 6:58 am and is filed under Uncategorized. You can follow any responses to this entry through the RSS 2.0 feed. You can leave a response, or trackback from your own site.

One Response to Another day in the calendar that is in danger of being over shaddowed.